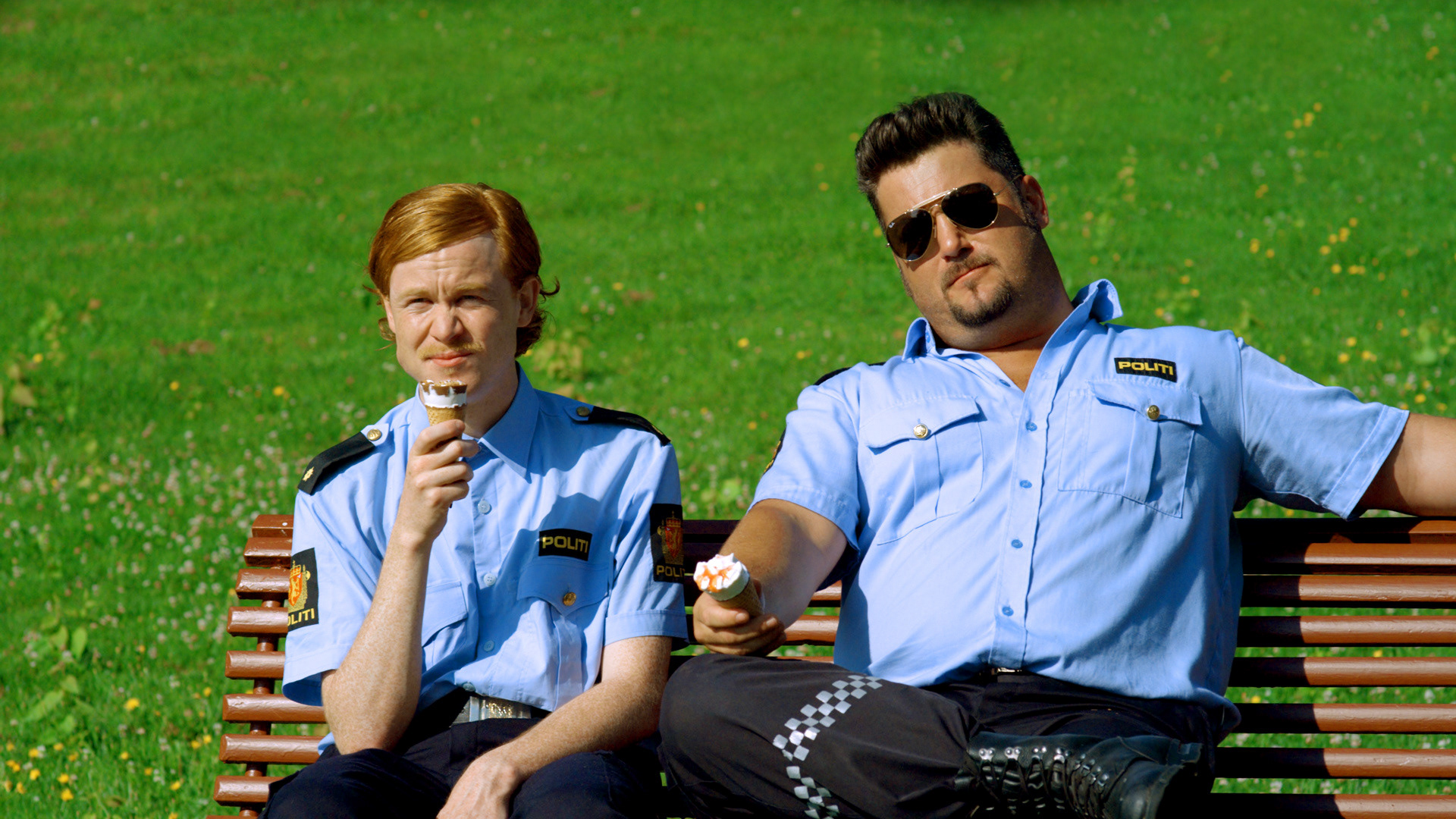 På Jobb for en Trygg Hovedstad (To Serve and Protect) is an absurd police comedy directed by Maria Askedal and produced by Aksel Jermstad, and the sequel to the short Eldstemann på Bil by the same team. Starring Anders Svalestad, Rolf Kristian Larsen, Knut Joner and Dag Håvard Engebråthen.
Musicwise, the film is literally two-sided. The film boasts its own "meta universe" in the form of the very small radio station "Radio Tigerstad", with a quite painful wannabe hip DJ who exclusively plays songs by his new favourite band - Oslo Rasta Foundation. Even though this is only heard in the background and takes no lead role in the film, we really wanted it to be consistent. Thus, I brought my good friend and guitarist Per Christian Grov into the studio, where we laughed our asses off while recording what ended up to be 6 small songs by this new, and fake, Norwegian reggae ensemble.
In addition to this the film needed certain sequences with traditional film scoring. The music needed to be overly dramatic, since the score is supposed to echo the ego of one of the main characters, the policeman Stig. To us viewers it will all seem really silly, but to Stig - almost living in an alternate universe - this is REALLY serious.
You can rent and watch the whole film here. The film is also included on the DVD Norsk Kort 010, released by the Norwegian Film Institute.
Songs by OSLO RASTA FOUNDATION (Eirik Myhr and Per Christian Grov)
Score music by Eirik Myhr
Recorded December 2009
VOCALS AND GUITARS: Per Christian Grov
VOCALS AND ALL OTHER INSTRUMENTS: Eirik Myhr
Client: Maskefilm / Storyline Studios
Director: Maria Askedal
Producer: Aksel Jermstad